I was up and taking care of my Candy Crush fix at 7a.m..  After the stress of yesterday I decided to let Walt wake on his own.  He finally stirred at 8:30 which is unheard of for him.  We took our time and finally got on the road around 10.

Today we will leave New Mexico.  I am glad.  This has not exactly been a good time in this state.  Actually, we love New Mexico and there's still more of it we want to see, just not now, not this time. 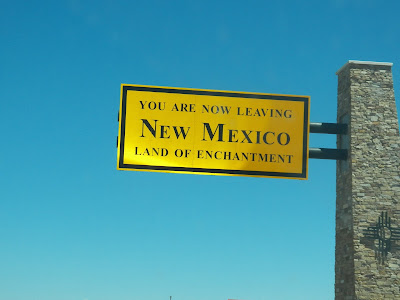 Traffic was really light which was so welcomed after yesterday and this was a welcome sight too! 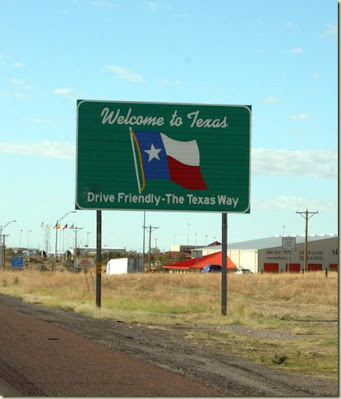 We weren't in Texas too awful long before we started seeing the windmills.  Miles after miles, windmill after windmill. 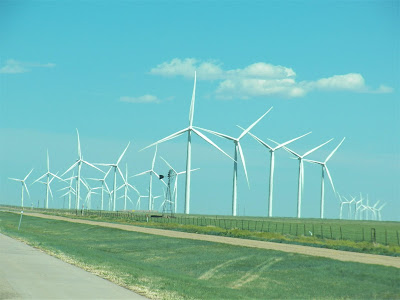 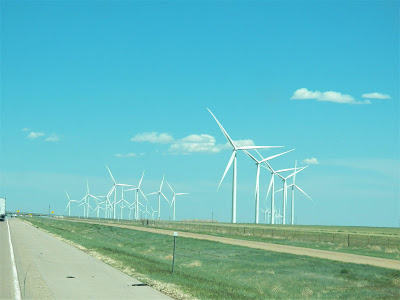 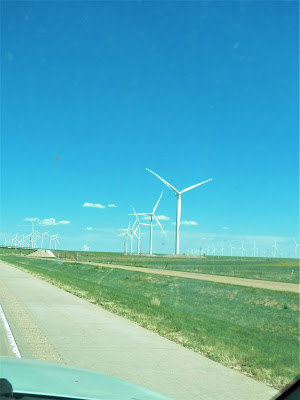 By eleven Walt realized he was hungry.  Since he had slept in he skipped breakfast in order to get on the road.  We saw a sign for Mickey D's and he was hungry for an egg McMuffin so we pulled off I-40.  Once again we couldn't fit under the drive through barrier so he chose to go inside.  That wasn't going to work for him because they only allow 5 at a time in and it was full.  This couple who was in the drive through and saw all this going on stopped and asked Walt what he wanted that they would get it for him.  WOW!  He reached into his pocket to give them money to pay for it and they said, "We have money, don't worry about it."  DOUBLE WOW!  He ended up with a cheeseburger because by the time they got up to the window it was 11:09 and breakfast was done at 11.  I thought to myself, "Oh please, don't let this be a repeat of yesterday."

We went through another time zone change so arrival at the campground for this evening is getting pushed further and further back.

I made arrangements for a space last night.  The first two places I called didn't have any openings.  The third place did and I was told that when we arrived we were to just "register" at the office and go find a place spot.  I was asked if we were Passport America members and when I said that yes, we are he said, "Ok, then its only $14 for you.  Alrighty then!

We've been in worse.  Not many worse but some.  Its only for one night.

We did take a walk after we got set up and saw the animals that are kept here.  First was this little donkey family. 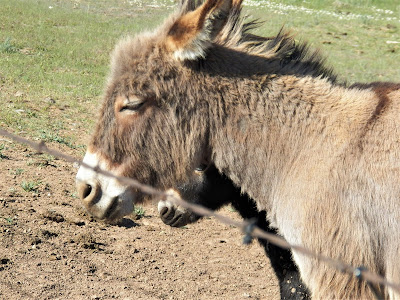 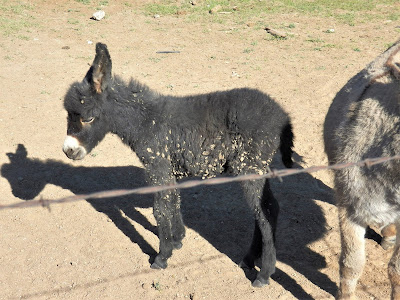 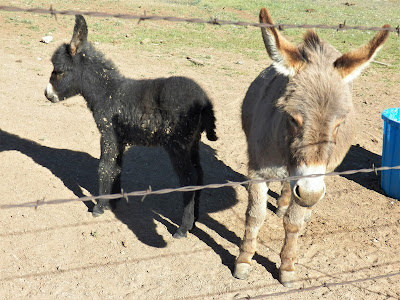 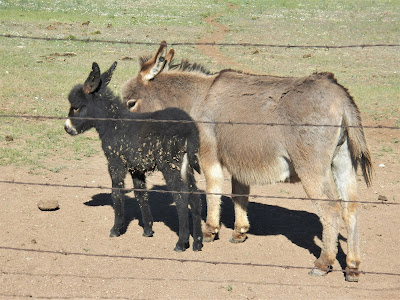 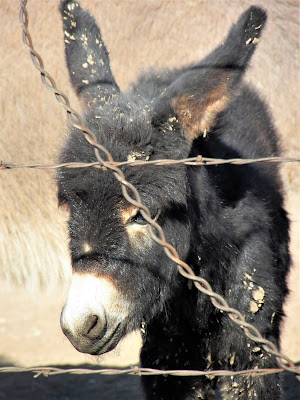 Further out in the pasture were some llamas and several longhorn steer.  Too far away to get a good picture, besides they were all laying down with their backs towards the campground.

It was 94 degrees when we pulled into this campground.  It seemed like forever for the AC to do its job.  Now once the sun went down it cooled off quickly so it should be pleasant when we hit the road once again.

We've got one more long day before we reach our destination of Norman, Oklahoma.  Many of you familiar with the name LaVon.  We are going to visit her for several days.  When its time to go home we're going to take our time and we have some sights that we want to see and things we want to do. 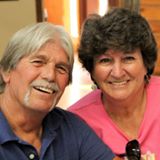 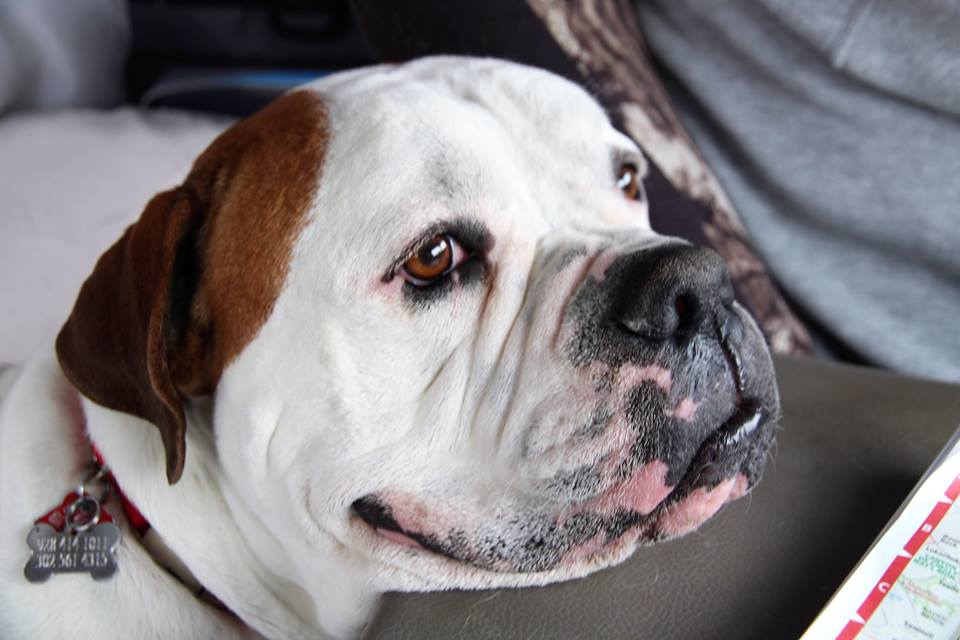 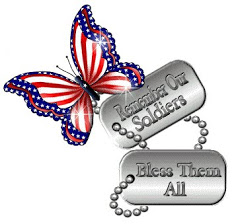